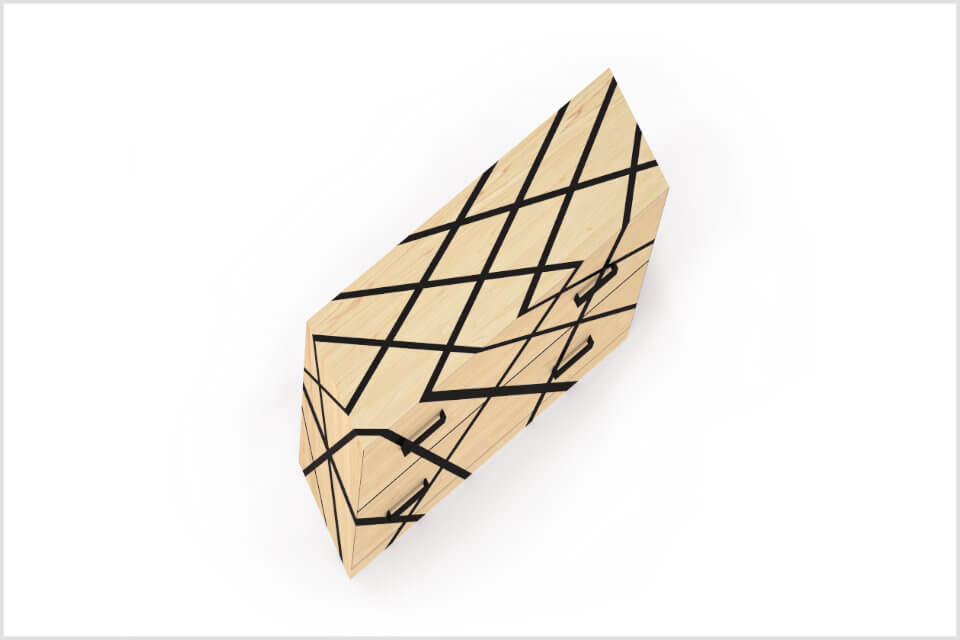 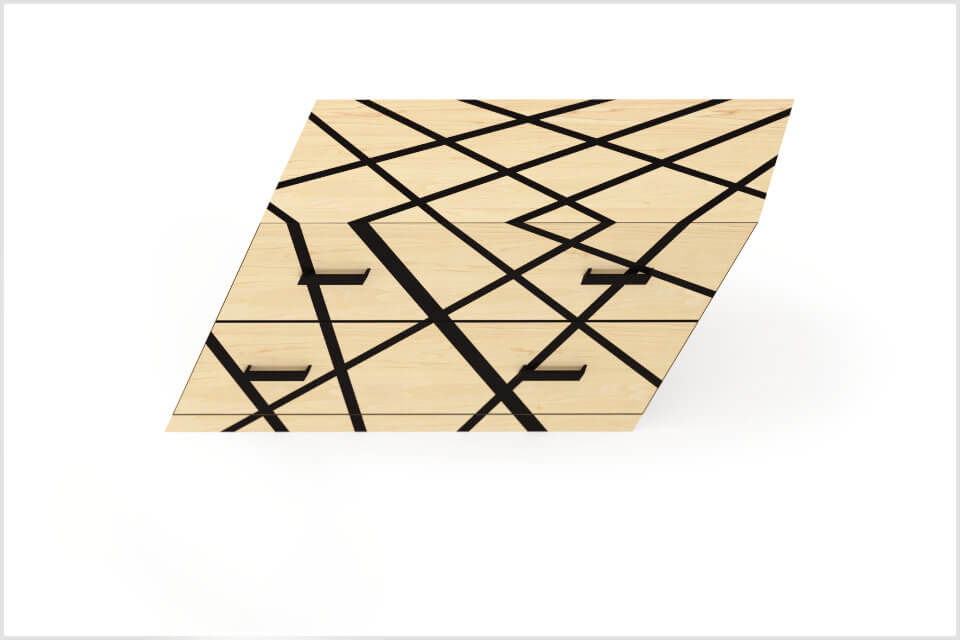 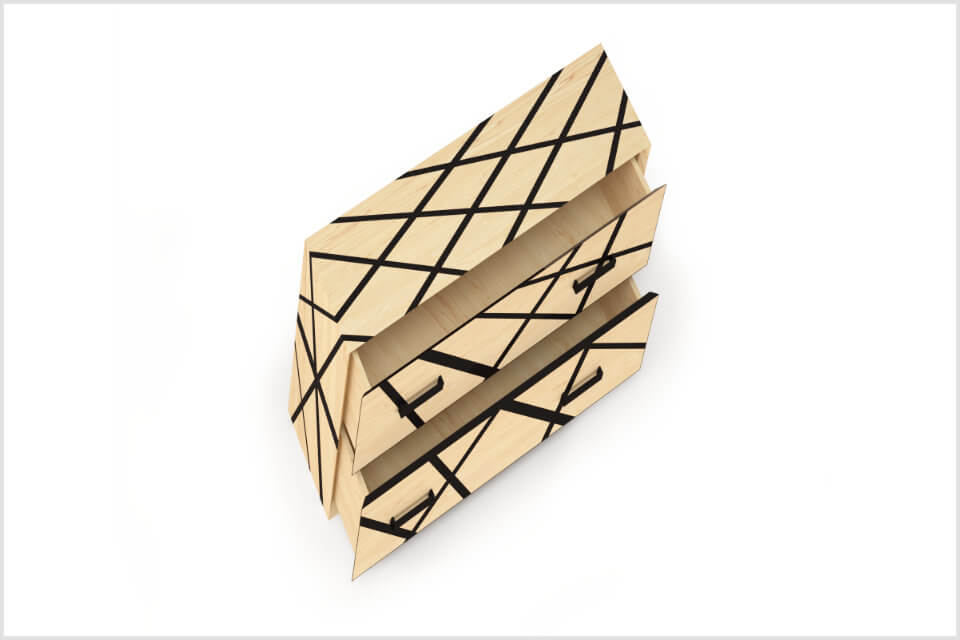 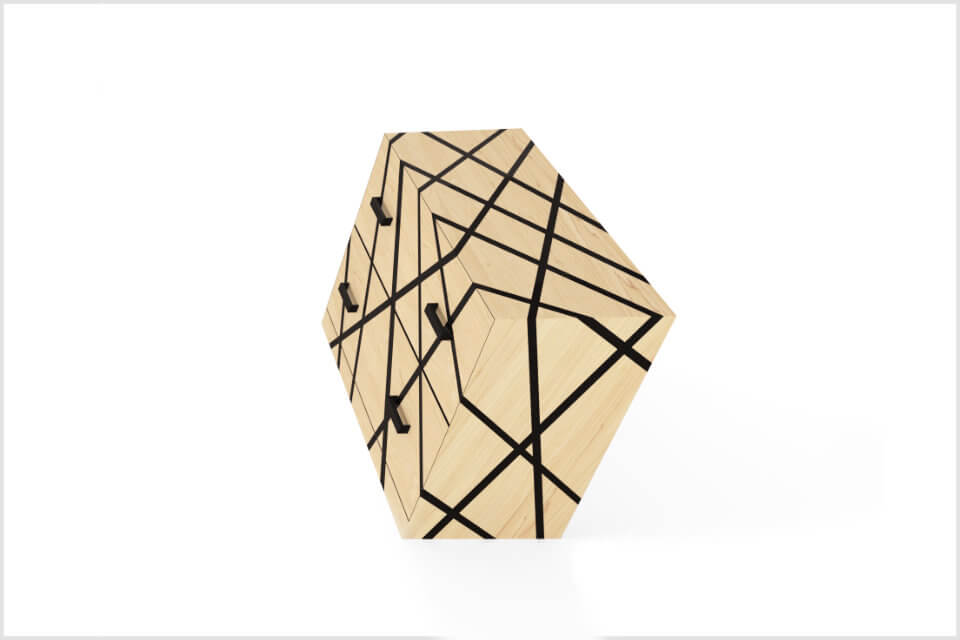 At first sight, something in Shift’s appearance feels unusual. It almost seems as if the forces of nature are overpowering the elegant but instable structure while strong belts keep it from falling apart. The lines are clear and the contrasts are bold emphasizing the geometric appearance of ArteNemus’ creation.