Octopia on display at PAD Geneva 2019 with gallery Patrick Gutknecht

Eckhard Beger has been nominated Artist of the Year at the 2016 London International Creative Competition for the bookshelf Literis. 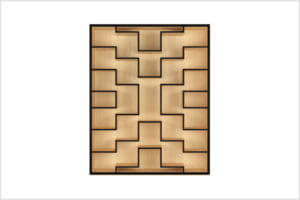 Eckhard Beger and LITERIS were selected among the 15 Finalists of the 2016 competition.

LICC invites passionate visual artists from around the glob to submit their innovative artwork for inclusion in the LICC competition. The artwork is juried by a board of internationally luminaries of the visual arts. The jury-selected Final Selection and Shortlist is published in the LICC Annual Awards Book, on the  LICC website and is announced to the creative arts and media outlets worldwide.